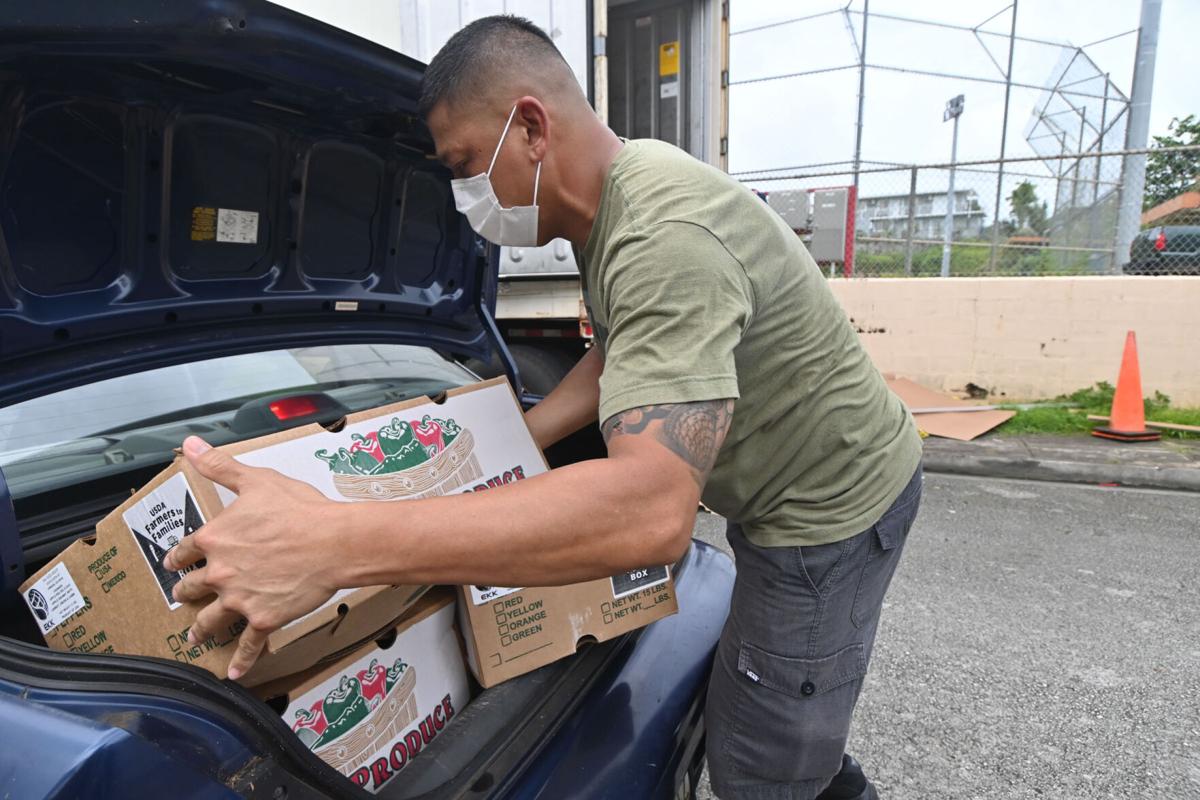 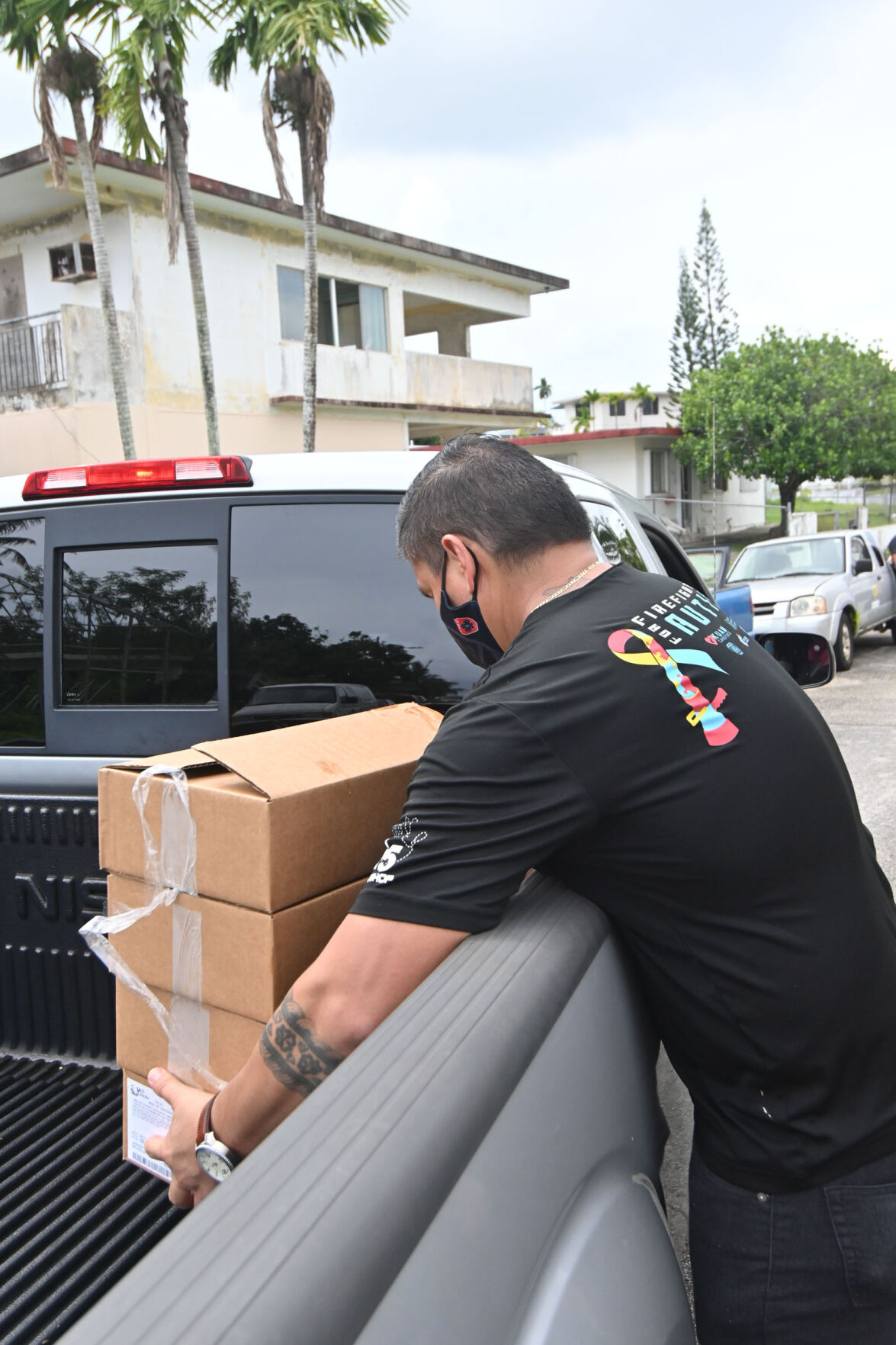 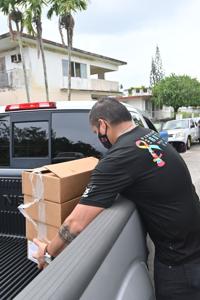 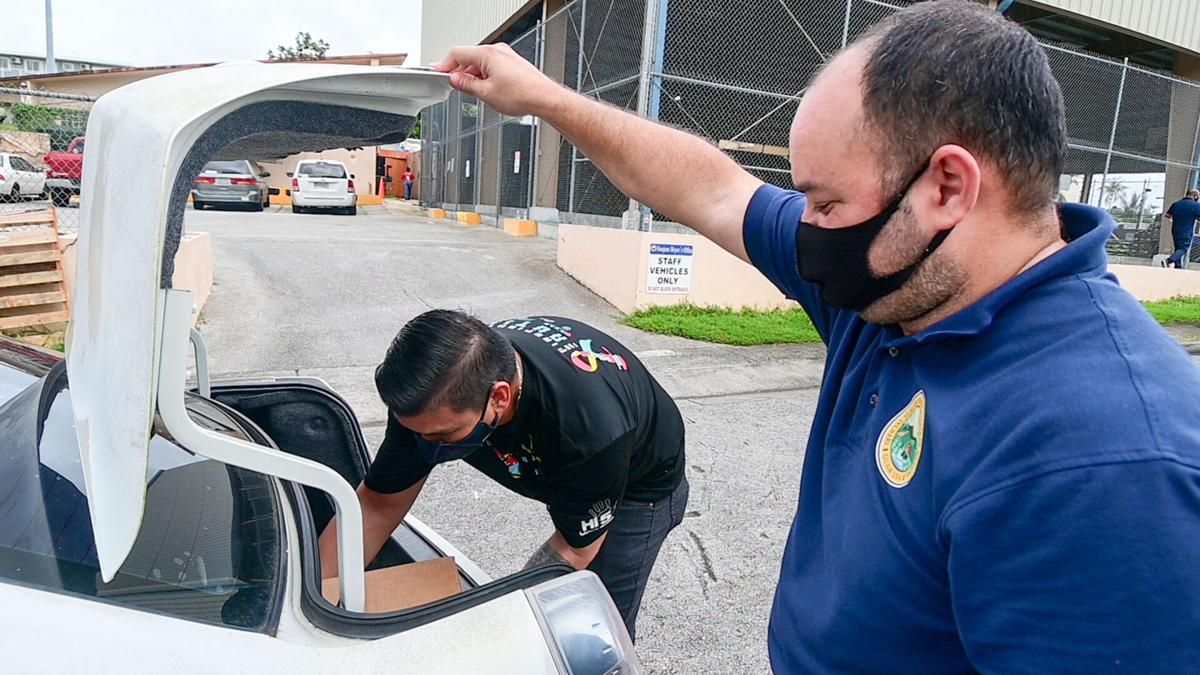 They are part of the 13,500 food boxes that Pacific Unlimited, along with Matson Inc., is distributing to villages and the Catholic Social Service through a contract under the U.S. Department of Agriculture's Farmers to Families Food Box program. This is separate from the recent USDA-funded food distribution programs, such as those handled by the Guam Department of Education with the help of mayors.

Pacific Unlimited, according to Limtiaco, is hoping to start the food distribution Oct. 19.

Sinajana Mayor Robert Hofmann and Vice Mayor Rudy Iriarte received 500 food boxes and started distributing on Thursday at least 200 through a drive-thru by the village gym area. The rest will be distributed in the next few days.

Hagåtña Mayor John Cruz said they will start door-to-door distribution of the 100 food boxes on Tuesday.

Limtiaco said they will be releasing a schedule to the Mayors' Council of Guam today.

Each 32-pound food box has: two half-gallon containers of milk; 12 pounds of fresh fruits and vegetables including red and green apples, oranges, yellow onions, green cabbage and carrots; and 10 pounds of frozen meat and cheese products.

They are for low-income families affected by the COVID-19 pandemic.​

They are for low-income families affected by the COVID-19 pandemic.